Riot Games revealed more details today surrounding Legends of Runeterra: Guardians of the Ancient, the second expansion of three in the Empires of the Ascended set. The next expansion is coming on May 5 and will bring 42 new cards to the game, three of which are champions.

Riot also released a new cinematic that features the three champions that will join Guardians of the Ancient: Zilean, Irelia, and Malphite.

The teaser shows Zilean expositing knowledge while the Noxian invasion of Ionia occurs. Aside from the champions featured, Field Musicians, from the Empires of the Ascended set, and Captain Farron, from the Foundation set, both appear in the cinematic.

On top of providing LoR fans with an animatic and concept art, Riot showcased three cards that provide teasers of what to expect in the upcoming expansion. The three cards are Blade, Chip, and Clockwork Curator.

Blade is an uncollectible 1/1 token from Ionia with a unique effect that Obliterates itself every time it leaves combat. Chip is a common one-mana 1/1 Targon unit with an ability that grants it a permanent +2/+2 as long as you’ve summoned a Landmark at any point in the game. Clockwork Curator is a common two-mana 2/2 unit from Shurima with a Play ability that Advances all of your allied Landmarks’ Countdowns by two.

The Blade token is clearly tied to Irelia. The effect that self-Obliterates provides is similar to Ephemeral but allows the Blade to persist on the board for more turns before being used for combat fodder. This means Irelia has a healthy chance of being tied to token summoning that pairs well with Field Musicians.

Chip shows that Targon will definitely be getting more Landmark support, which already appeared in Empires of the Ascended in the form of Startipped Peak. This means Malphite could be tied to Landmark support. If that’s the case, Malphite may have potential synergy with Taliyah, who’s been struggling to find any footing in this meta since The Veiled Temple’s nerf.

Clockwork Curator pushes the Countdown mechanic, which can help out Buried Sun Disc and any new Landmarks that may join LoR in Guardians of the Ancient. Riot has also mentioned that Zilean and his related followers will keep building on the Predict mechanic. While the keyword was introduced in Empires of the Ascended, it was difficult to build a dedicated shell with cards like Khahiri not having enough support.

With Irelia, Malphite, and Zilean included in this set, this means Ionia, Targon, and Shurima will be pushed forward much more in this expansion. In addition, LoR fans have a good idea of the remaining champions that will come out in the set that follows Guardians of the Ancient, Rise of the Underworlds, thanks to a leak. 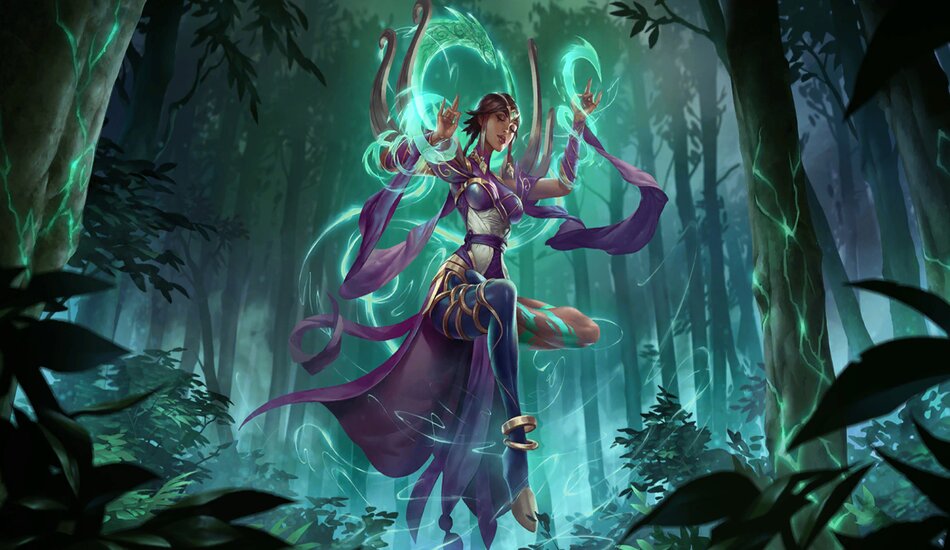 In addition to the names on that list, we also know Rek’Sai is on the docket due to Pyke’s voice lines mentioning the Void Burrower. This means the next three champions that will join months from now are likely Pyke (Bilgewater), Ekko (Piltover and Zaun), and Rek’Sai (Shurima).

LoR: Guardians of the Ancient will be released on May 5 after the conclusion of the game’s third Seasonal Tournament.